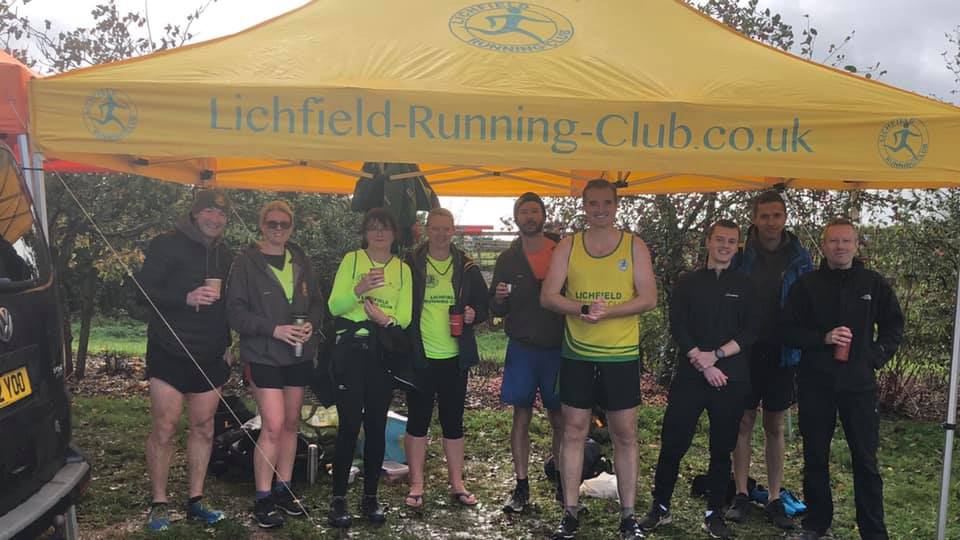 Sunday 31st October saw the return of the cross country season after an extended break due to the pandemic.

A band of hardy souls from the club took everything the weather gods could throw at them (apart from snow and thunder, but let’s not tempt fate eh?) and took on the hilly and saturated course. As the field set off the rain abated, the clouds broke and the sun shone (as much as it can on the last day of October), proving once and for all that the sun does indeed shine on the righteous.

What followed was a 5.5 mile(ish) splash around the fields of Wild Wood Lodge. 3 men in the top 10 and 6 in the top 25 in total proved a strong start for the team: Dan Floyd (ran as a guest – 3rd), John Doyle (7th), James Pickering (8th), Dave Sanders (18th), Owen Davies (19th) and Sean Keeley 23rd). This was rounded off by James Taylor (36th), Chris Cheek (43rd) and David Gould (54th) bringing the men home. In the women’s team Ruth Kennedy-Green started things off with a great 15th place, backed with some good close packing from Radhike Mccathie (24th), Denise Softley (33rd) and Helen King (34th) with debutant Marian Lowther bringing them all home in 49th.

Fantastic running and determination in horrible conditions by everyone, with several experiencing cross country for the first time. And there was cake!!! Results will be posted as soon as they are available.

The next event is scheduled for 5th December. This was due to be held at Cliff Lakes but as this is now not available the interim plan is to hold event 2 at Anslow again, but on a slightly different course. However this could change if another venue is found before then.

Thank you to everyone who attended and for their help on the day. We do hope the torrential rain and hail didn’t put anyone off and would love to see you all again (and more members) at the next event.