The latest race in our Grand Prix series was the popular Stafford Half Marathon, which took place on Sunday 15th April 2018. Rescheduled due to the heavy snow, there was still a good turnout of yellow vests and some fantastic performances. Richard Bravington achieved a new half marathon PB with a brilliant time of 1.18.53 and came in 12th position overall. Daniel Floyd was not far behind with a time of 1.22.06 and 20th position overall. First woman home was Ruth Kennedy Green with a time of 1.49.20, very closely followed by Rachel Tole with 1.50.01. A massive well done to all LRC runners who took part! 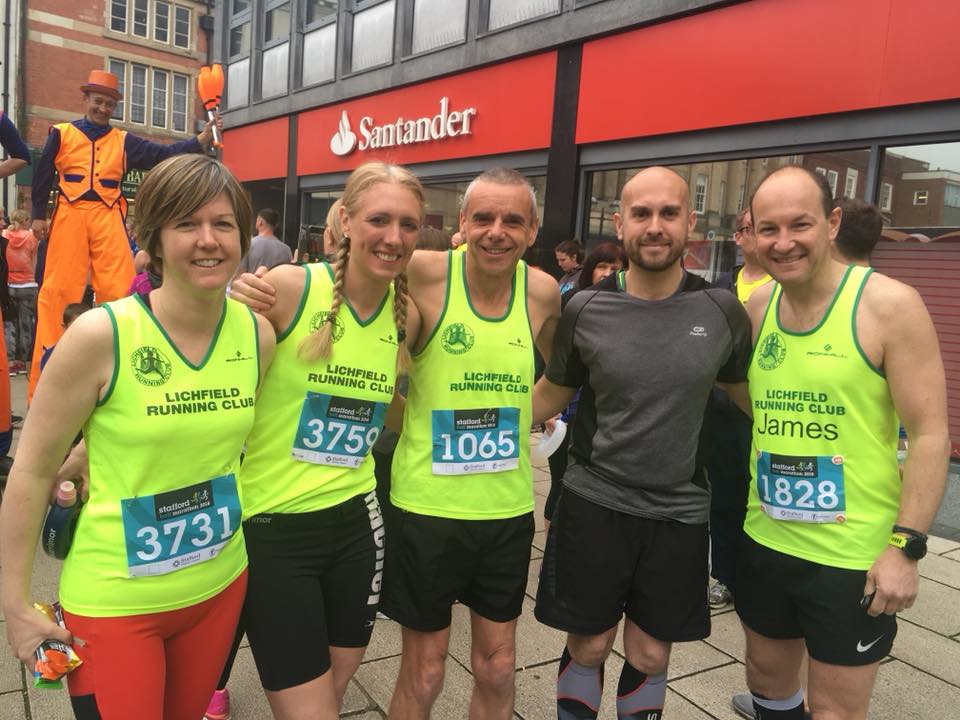